Fact: In the summer of 2018, the media would catch hold of Kanye West mental health and his diagnosis with a disruptive condition known as bipolar disorder.

While not a fan of his condition, he harnesses and utilizes his mental illness for creativity and inspiration. He calls it a superpower. The music of Kanye has inspired many over the years. Just like he was inspired by artists such as Tupac and Michael Jackson, he is seen as the voice of a generation. With Kanye openly embracing his mental illness, he has the opportunity to influence his audience to also embrace their disorder.

Rapper Kanye West is an American singer, songwriter, fashion designer, and entrepreneur. He has been extremely successful in the music industry with over 50 million singles sold (2nd highest male; 6th highest selling artist of all time), 21 grammy awards won, and 68 total nominations (6th most ever); his net worth is $140 million.

With a brief background, Kanye West grew up in Atlanta, Georgia in 1977. His father was the first ever black photojournalist at the Atlanta Journal-Constitution and mother an English Professor at Clark Atlanta University. He grew up in middle class suburbia, and at the age of 3, his parents got a divorce.

He did his schooling in Polaris High School in Illinois. At the age of 5, he started taking an interest in poetry and the artistry of rap. By the seventh grade, Kanye would be composing his own music. By the age of 17, Kanye persuaded his mother to give him money to start recording at a studio where he would run into the ‘Godfather of Chicago Hip Hop’, No I.D., whom would become West’s mentor. 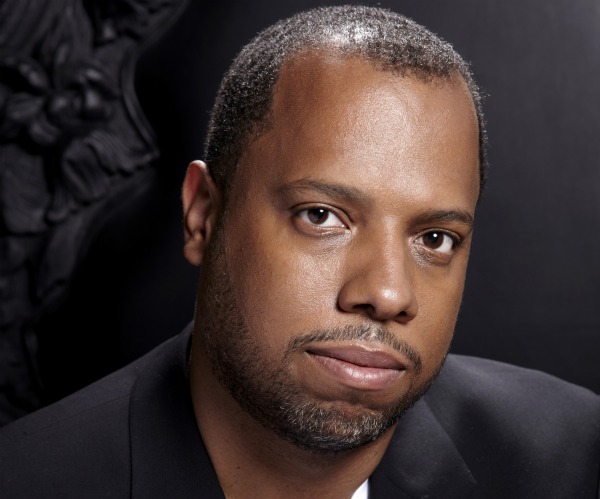 In Kanye’s college years, he was offered scholarships to both Chicago’s American Academy of Art (where he learned the art of painting), and later Chicago State University (to pursue English literature. At the age of 20, he would drop out of college to follow his true passion, Hip Hop.

Kanye didn’t get noticed until 2001 when world renowned rapper and entertainment business tycoon Jay-Z asked West to produce tracks of his hit album ‘The Blueprint’. For some time, West produced for many rappers and singers like Alicia Keys and Janet Jackson, but he wanted to be in the lime light.

This wouldn’t occur until 2002 when he fell asleep at the wheel from a long night recording. In the hospital, he wrote the lyrics to ‘Through the Wire’. Three weeks later, it was recorded by Roc-A-Fella Records and became his debut album ‘Death.’ The rest is history. 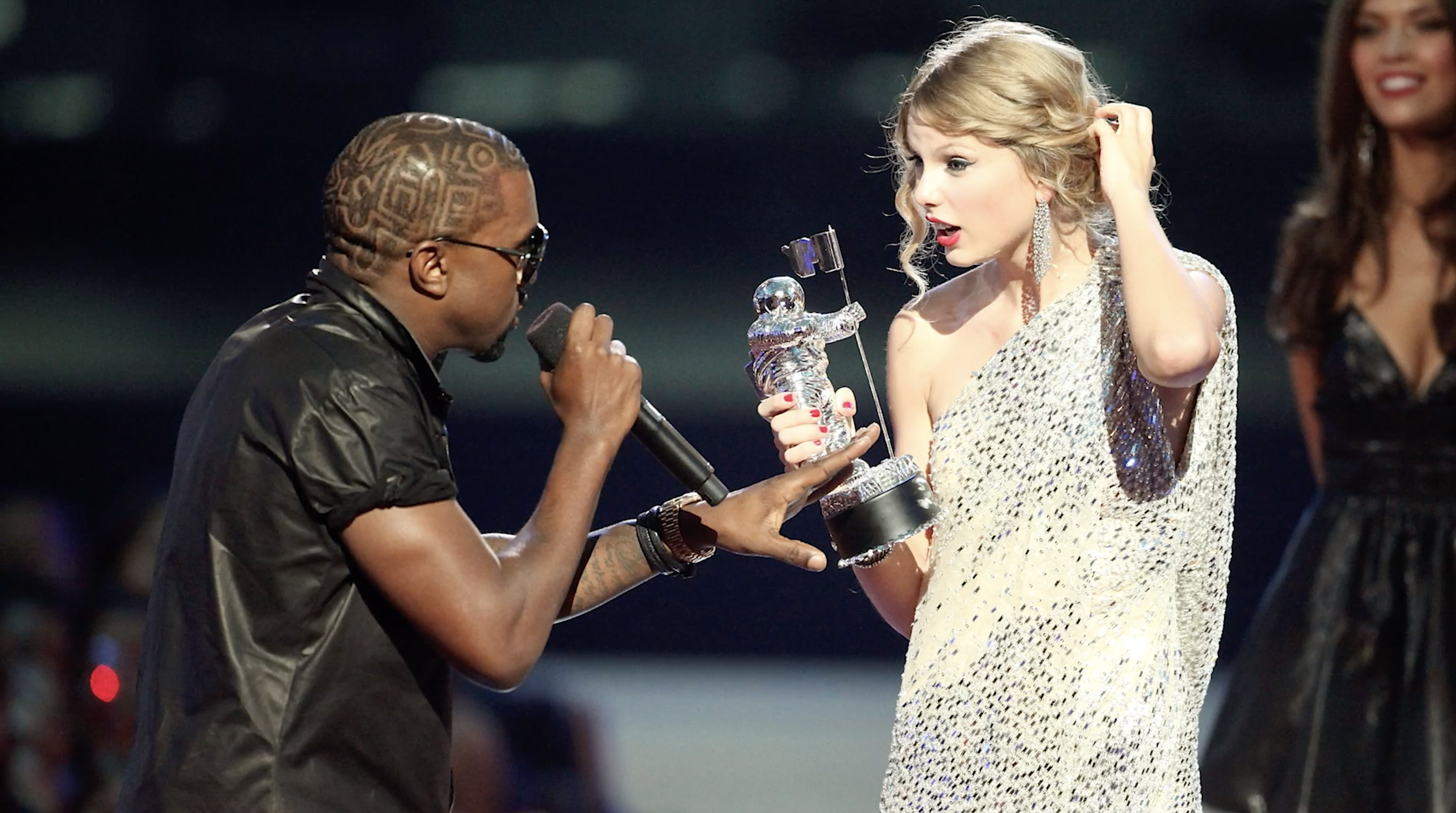 During Kanye’s formative years in the Hip Hop industry, it became clear to everyone and his friends that West had extreme views of himself and didn’t shy away from verbal confrontation. He would go off on irrational tangents which would spark the ever famous ‘Taylor Swift VMA’ fiasco.

While everyone viewed Kanye as a musical genius, people really resented him for being so arrogant and vocal about it. In the summer of 2018, Kanye West would open to the world the deeper workings of his mind. Fan’s would come to know that Kanye West illness was bipolar disorder. To many, his actions became more clear and understandable.

Bipolar Disorder is known as a manic-depressive illness that causes unusual shifts in mood, energy, activity levels, and the ability to carry out day-to-day-tasks. This disorder arises from problems between certain brain circuitry and the chemicals/neurotransmitters that allow the brain to communicate.

The two neurotransmitters that are heavily complicit in the psychiatric disorder of depression and bipolar are noradrenaline (regulates action, alertness for fight-or-flight stress situations) and dopamine (regulate pleasure and emotion centers of the brain). When there is a dysregulation or disruption in the circuitry to communicate, the consequences can be severe. There are four basic types of bipolar disorder:

Level 2 is less severe where individuals have patterns of depressive episodes and hypomanic episodes, but not as severe as level 1.

This disorder can have hypomanic symptoms as well as numerous periods of depressive symptoms lasting at least 2 years (1 year in children and adolescents).

4. Other Specified and Unspecified Bipolar and Related Disorders

The are bipolar symptoms that do not meet the above requirements.

While it’s not fully understood where Kanye falls exactly on the spectrum, we do know that he shows symptoms of the disorder. The world would first catch affirmation of his ‘mental condition’ through lyrics found in his new album, YE (name of alter ego). The album contained lyrics about his wife leaving him and kanye west bipolar disorder in his 7-Track. In these lyrics, he wanted his audience to clearly notate his message:

What people may not fully understand is that these types of words and phrases (superpower, superhuman, invincible or untouchable) are typical for those suffering from bipolar disorder Independent’s Kate Leaver writes. She should know as she also suffers from the disorder herself. She also wrote that it is also a way for those individuals to feel empowered and not be hidden by their disorder.

The magnitude of these words were also referenced on Kanye West’s album’s artwork seen below. 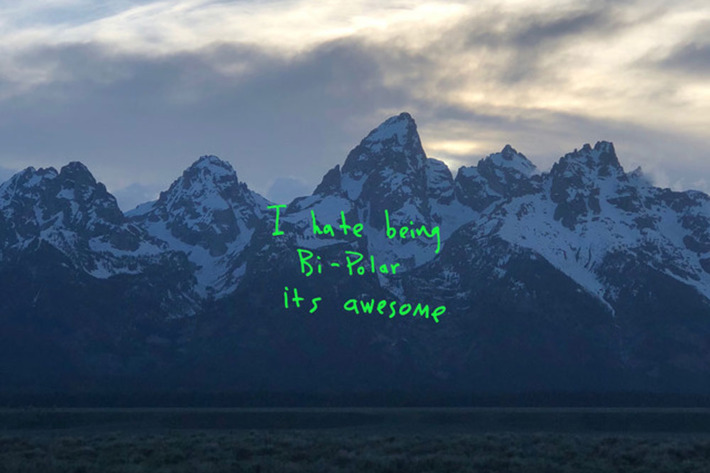 Some individuals look at his word “superpower” as not directly relating to a manic episode, but rather understanding two very different emotional extremes (the manic and the depressive) and may be what Kanye is partially referencing to. What is so special about Kanye Wests bipolar disorder is that the world has someone living and succeeding with bipolar disorder in the pop star atmosphere.

And the world can see the inner workings of someone living with bipolar disorder through this persons lyrics. Most of all, it helps the recognition, and places a face to this working disorder. That is a superpower in itself. It’s clear that Kanye feels blessed to be able to go out and write and produce his own music without consequence. While others suffering from the same mental illness do not have that luxury. He has been singled out and to a point, that is a superpower:

So blessed and privileged because think about people that have mental issues that are not Kanye West, that can’t go and make [an album] and make it feel like it’s all good.

Think about somebody that does exactly what I did at TMZ and they just do that at work, right? But then Tuesday morning, they come in and they lost their job and they can’t go back and make that.

Since than, Kanye West mental health has assisted him into trouble for some of the comments he made to TMZ and on his album referencing slavery as “a choice” or slavery “sounds like a choice”. While certain aspects of bipolar disorder can make individuals lash out, especially on paper, it can’t be used as a crutch to follow through with ideas that are clearly not true. Later in an interview with TMZ, he completely redid the album and “took out a bar” referencing the topic altogether.

While Kanye West is a very successful musician, he isn’t unique with his disorder. There are many who suffer from this mental illness. It should be stated that it shouldn’t carry a stigma. Humans in all suffer from a mental illness. Where we fall on the spectrum is the thing. Please do not be afraid to reach out and communicate.