Fact: When Robin Williams auditioned for the part of ‘Mork from Ork,’ the producer called him a true alien due to his onset audition antics.

In the fifth season of Happy Days, series creator Gary Marshall announced to his team that his than 8-year-old-son Scott suggested to him,

Which was funny and cute to the writers. The only thing was, Marshall was serious. He really wanted to add an alien. But there started looking.

“Dom DeLuise booked it and he backed out,” Levant said. “Then we got another guy, the Sheriff of Nottingham from Mel Brook‘s Robin Hood movie [Roger Rees] and he backed out, saying he doesn’t want to be Mork. We shoot on Friday and it’s Wednesday. One of our associate producers said that she had seen a guy at a showcase once, and he did an alien act and she was going to see if she could find him. They got him in there.” – eonline

When Robin Williams auditioned for the role of ‘Mork from Ork’ on the hit sitcom Happy Days, Garry Marshall told him to take a seat. Instead of sitting on a chair like a normal person, Robin decided to sit on his head on the chair. This impressed Marshall so much, he said that only an alien would audition like that and he gave the part to Williams. The character would then be spun off to the successful television series Mork & Mindy. The birth of a comic genius and entertainer occurred. 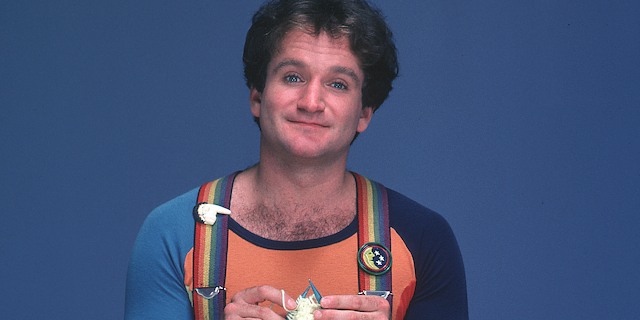 “This is around noon,” Levant continued. “It is 3:30, we have a run-through of this episode, which is considered to be the biggest piece of s–t in the history of the show and it was brilliant. The run-through lasted an hour and fifteen minutes of a 22-minute show. And it was Robin Williams’ literal birth as an entertainer.” – eonline

While on Mork & Mindy, Robin Williams would routinely adlib lines and go away from the script. While the directors and producers tried at first to get him to stay with the script, it proved to be impossible so they compromised. Gaps were left so Williams could adlib as long as he followed the main storyline of the script and delivered the rest of his lines properly. It proved to be a win/win situation for both sides. He also created the mork and mindy hand sign. 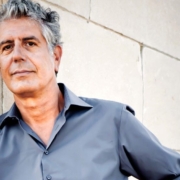