Do you enjoy watching horror movies? If so, streaming services are a great way for you to enjoy all your favorite films in one place. However, not all films are available in every location, so you might need to use a VPN to access some horror movies. For more information on finding a VPN that meets your needs, read this expressvpn review.

Night of the Living Dead and the following zombie films are perhaps what George Romero is best known for. But prior to 1968, he was on hand to film shorts for Mister Rogers’ Neighborhood to help educate small children using PBS as their medium. Since that time, he has built a significant name for himself in horror and is considered to be a horror icon.

In an exclusive news interview, George A. Romero was asked some questions in regards to his first few short films while working with Mister Rogers’ Neighborhood. When asked about the show, Romero states,

“It was my first job, man. Fred was the first guy who trusted me enough to hire me to actually shoot film.”

Many people don’t know that Fred (Mister Rogers) was a wealthy guy. He had no reason to shoot these educational PBS films, but as Romero states, he was a beautiful guy.

“He was a beautiful guy. He was the sweetest man I ever knew. What you see is what you get. That was Fred. In some ways he was still 10 years old. He was a wealthy guy, but very dedicated. He was a super wealthy cat — he could have just said “Forget about it.” But he was dedicated to educating kids and telling them “There’s nothing wrong with you. I like you just the way you are.”

Mister Rogers also came to see two of Romero’s movies, “Night of the Living Dead” and “Dawn of the Dead.” In response to the movie, Fred Rogers stated,

One of the things that always stuck with Romero in his relationship with Mister Rogers was that Fred always found learning everywhere. That everything was a learning experience and that is the beauty of Fred Rogers. 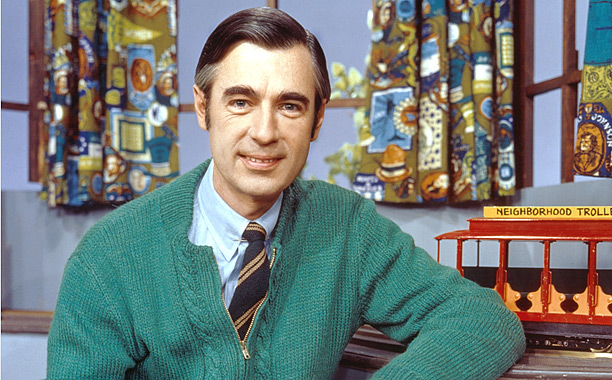