Fact: Due to those that were representing them, another Beatles Hit Song never came true!

The massive hit for Tony Orlando and Dawn, “Tie A Yellow Ribbon Round The Ole Oak Tree” was offered first to Ringo Starr of Beatles Fame. The reps for Ringo, lacking any real vision apparently stated that they were rejecting the song on the grounds that the two song writers, Irwin Levine and L. Russell Brown were never going to get a hit with that.

They also told them that “they should be ashamed of themselves for writing a song about a ribbon in a tree.” Tony Orlando who then recorded the song, took the song to the top of the charts in three countries, Australia, England, and the United States. The song sold more than six million copies and really put Orlando on the map.

Paul McCartney once shared in an interview that to hold his own when trying to pick up boho-chic’s, he would wear all black and sit in the corner with his guitar singing in made-up french. It never worked but John Lennon told him to make it into a song.

Ringo’s real name is Richard Starkey. He started playing the drums at the age of 13, recuperating from tuberculosis, by 17 he helped found the Eddie Clayton Skiffle Band. He wouldn’t join the Beatles until 1962. 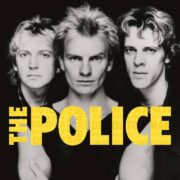