Fact: In Chappie, Sharlto Copleys behavioral mannerisms and voice are being used in what he says is a “poor mans motion capture,” which uses every aspect of the actor.

For a fair amount of time, the director and lead actor for the movie “Chappie” didn’t know how this slowed down motion-capture would translate onto film and the big screen nor how the Chappie movie cast would respond to it on film. For them it was a massive undertaking that took into account the behavioral mannerisms of lead actor, Sharlto Copley. Copley stated that the coolest thing about the project was actually seeing his voice and behavioral mannerisms come to life. It was one thing to capture the actor, another to capture the actor through a child-like robot and he found that absolutely mind blowing. 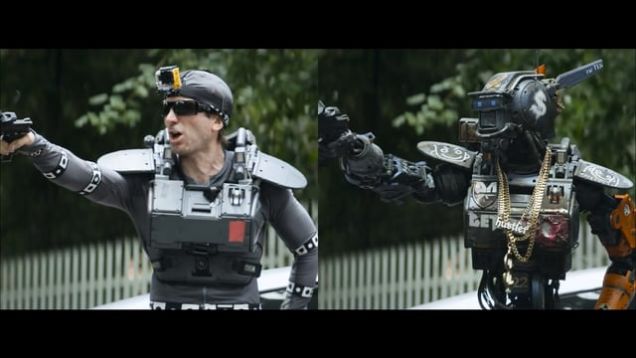 Motion-capture is nothing new in the movie, video game, and television arena. Motion Capture is the process by which an object, or in this case, an actor or actress body movements are captured using motion sensors placed on the subject. Many datum points are taken every second to then create a 2D or 3D representation. In Chappie, the motion capture is more lack luster in terms of definition but the director wanted more frames per second to pick up more subtle behavior movements of Copley than had every previously been done. The motion capture is so impressive and accurate that Copley can tell when there is a stunt double or not because his behavioral movements are subtle, yet different.

Blomkamp wanted the audience to seriously ponder the idea of the human concept of a ‘soul’ and what it meant to be alive. He plays the devil’s advocate by which he makes humans out to be the bad guy and that Chappie seems to be more human than the actual humans. Blomkamp does this by making the Artificial Intelligent robot creation, young and naive. The purest of the pure in our standards. And this story plays on the massive issue about Artificial Intelligence, that is that it is extremely dangerous and has been cited by Stephen Hawking and Bill Gates.