Home
Action
The Highlander Film Series Was Not The Original Screenplay

Fact: The Highlander film series originally was darker, grittier, and graphically violent in the original screenplay.

Highlander was a screenplay written about Connor Macleod, a scot born originally in 1408 (not 1518) who becomes immortal. Throughout the television show series, there is this need for immortals to find one another to become the last remaining immortal. By severing the head, does one immortal take the others life and his power. This was known as, “The Quickening.”

Gregory Widen is the creator of the original screenplay of Highlander in 1986. The original screenplay was much grittier and darker. Connor Macleod, played by Christopher Lambert, did his own dubbing for the French language version. Like above states, Widen originally created the screenplay to be grittier and darker than what the television series became, which many of the shows advocates remember. To say it was watered down is an understatement but was required because it would be broadcast to the world. Although Adrian Paul was the television series actor who played “Duncan Macleod,” many people to this day believe Lambert is the better of the two Highlanders.

There are some interesting details that the screenplay differs from the television show series. In the original draft for the show, Heather (Connor’s beloved wife) does not exist. Connor was promised to a young girl Mara whom he loved with all his heart, but later she leaves him when he becomes immortal. After this Connor finds no reason to live at his village. In the film is shows him being banished, but originally he just leaves. Also, in the original draft, his alias was Richard Tupin and his weapon was a custom broadsword. His friend, the spaniard was actually born in 1100 instead of the ancient egyptian era. Kurgan, the “savage,” was actually just a cold blooded killer (which basically is the same thing) and was born a knight using the alias of Carl William Smith. 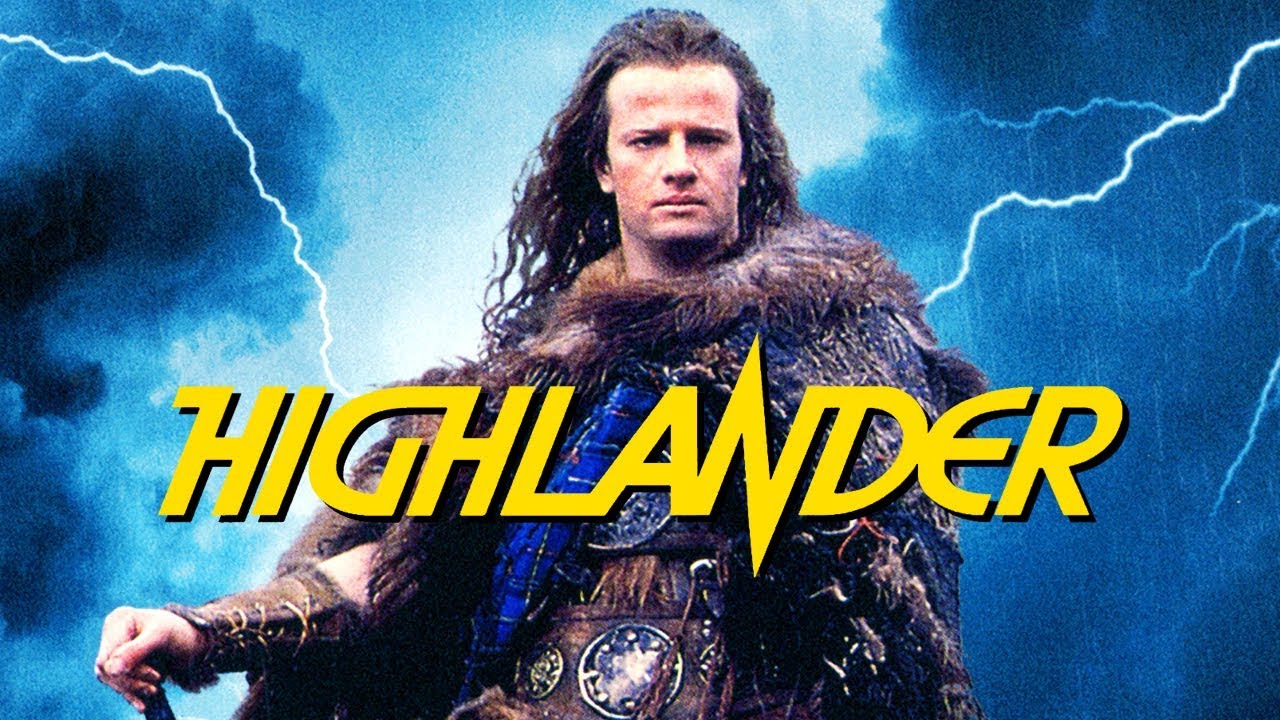 One of the most interesting things that was never supposed to occur within both the film and television series was the “Quickening.” The quickening is the sudden release and surge of energy that exumes from the immortal that gets his head removed after his death. In the original draft, the “Quickening” actually never happened. After an immortal killed another, nothing happened. Furthermore, there is no mention of a prize. When Connor finally kills the Knight, he feels a sharp burning pain.

Due to Sean Connery’s work schedule, the plan was to film all his scenes in seven days. Connery placed a bet that it wasn’t feasible with Russell Mulcahy, but Mulcahy won the bet.

Christopher Lambert just started speaking English for this show. The only other film he spoke English was “Greystroke: The Legend of Tarzan, Lord of the Apes (1984), in which he only spoke a few words.

Originally, the band Queen was only supposed to record one song. But after watching the footage, it inspired them to write more. Each one of them composed songs for their favorite scene. Brain May wrote “Who Wants To Live Forever” during the cab ride home after seeing the film.

The church scene with Kurgan (Clancy brown) was shot during the Knight and only happened with permission of the priests in charge.

Connery and Lambert enjoyed each other so much that even in between shots and during offset hours the two called each other by their screen names. Lambert insisted that Connery come back for Highlander II.

The “Quickening” is a term that refers to the first noticeable signs of life of a baby within the womb.

The Duellist (1977) filmed by Ridley Scott was one of Gregory Widen’s inspirations behind Highlander.