In 2017, months after the original wrapping of the film, several additions and edits were made to director Zack Snyder’s original vision of the film Justice League. Distributor Warner Bros. Studios didn’t meet eye to eye on the direction Zack Snyder took on the film after the poor reception he received from Batman vs. Superman: Dawn of Justice (2016). While Snyders vision was to make Batman vs. Superman the darkest of the five-film arc, making way for the pivot, the Justice League, Warner Bro. Studios ultimately didn’t like the direction. Warner Brothers were worried of another flop, and thought they saw this in Zack Snyders Justice League cuts. They deemed it “unwatchable”. Ultimately unhappy, they employed director Joss Whedon, who directed Marvel Cinematic Universe Films The Avengers (2012) and Avengers: Age of Ultron (2015) to work with Snyder to make changes. In late 2017, Snyder and his wife left the production altogether, promulgating more changes to the film than originally intended (more to this story).

The DC Universe is a fictitious universe where most of the superhero and villain stories take place. Some take place in other universes because of the nature of the stories that are told. Not all of the stories and plots synergize with one another. That is why the “DC Multiverse” term was essentially created. It was to synergize all DC Comic publications to explain the existence of these various stories that happen within DC Comics. But the main universe that most of the stories come from that we read in the DC Comics and watch on the big screen is known to everyone as “Prime Earth.”

The Justice League had a revival. The original development of the group first arose in the 1940s DC Comics as Justice Society of America. This comic got pulled soon thereafter due to decline of sales. In March 1960, Gardner Fox revived the team in The Brave and the Bold #28. This is the team we now see today.

The Justice League as we see them are a team of DC Comic superheroes that have their unique individualistic plots and stories within the main DC Universe, but come together when there is a formidable villain that requires their team effort. The augmentation of DC storylines into a league was a means of cross promotion and the boost of individual profiles as they continue to interact with one another.

After Warner Bros. Studios watched snippets of the executive cut that Zack Snyder put together, they knew they needed to go in a different direction because it was pivoting off the 2nd film in the five-film arc Batman vs. Superman: Dawn of Justice (2016), which notoriously flopped. And it didn’t just flop because of the dark nature of the film. The film had problems across the board. According to Fandom, the movie failed on several levels. Not only the fanbase but simple moviegoers that were nonfans didn’t fully understand much about the movie and the connection to its title. So, when the studio saw snippets of the film, they wanted it to be fixed.

In early to mid-2017, Warner Bros. Studios hired Joss Whedon to rewrite the script and assist Zack Snyder in the reshooting of the movie. Joss Whedon was known for directing Marvel Cinematic Universe films The Avengers (2012) and Avengers: Age of Ultron (2015). So, this was nothing new for him. In an interview with Vulture, Whedon stated that,

“They asked me to fix it. And I thought I could help.”

So that is what Whedon tried to do. Snyder started working with Whedon and planned to reshoot the film Whedon rewrote. Upon doing so he became more resistant as executives at Warner Brothers seemed to try to push Snyder out by giving Whedon more directing privileges. That way they could make however many changes they wanted, including shortening the length of the motion picture. After some back and forth, all while Zack Snyder was dealing with the death of his daughter Autumn, he stopped pushing.

His beloved adopted daughter from another marriage committed suicide March 12, 2017 from the overuse of antidepressant and antihistamines. She suffered from depression, Zack shared with TheCinemaholic,

“she would often question her purpose in the world and her worth.”

“absolutely would not have happened” without her.

His mind was not much in the film anymore. For a couple months, he and his wife used the film to distract themselves from the realities of what they were dealing with. They needed some sort of normalcy. But what many articles seem to point out, the back and forth with the studio, plus the frail state Zack and Deborah were in, they both walked away from the film in May of 2017. Zack later cited that he left little breadcrumbs in the movie to indicate where he was in his thinking at the time.

Joss Whedon would now front the remainder of the production. He ended up adding 80 pages to the script and by estimations by Cinematographer Fabian Wagner, used 10% of Zack’s footage in Whedon’s cut. The included footage added by Whedon changed the landscape of the film entirely, sending a confusing message to not only the Warner executives, but all the fans that went to watch it. Whedon provided a brighter tone and more humor to the story, while cutting down on the violence. Moviegoers and the DC fanbase noticed the storyline seemed to be disconnected. It was clear that two different minds were competing and sending different messages which upset viewers.

Speaking to Vanity Fair, one studio executive stated that,

“everyone at Warner Bros. knew Whedon’s “Justice League” was a bomb. When we got to see what Joss actually did, it was stupefying,”

Additionally, it was poorly received by test audiences, but still the studio greenlit the movie because of its high scores in comparison to Wonder Woman (2017).

At the box office, the Justice League theatrical version grossed $657.9 million with a working budget of $300 Million and a break even point of $750 million. It fell short by $60 million. What seemed to be the only thing that kept it from getting worse was the fact that there was a huge loyal fanbase that went to go see the film, regardless. This version became known as the “Josstice League”.

The film would go on to essentially destroy Joss Whedon’s directing career. He would later admit that taking on this task was one of his biggest regrets because the internet took by storm after the November release. He said,

“The beginning of the internet raised me up, and the modern internet pulled me down,” he said. “The perfect symmetry is not lost on me.”

Whedon became a target for the calamity that was built from Warner Brothers. Whedon was the product of supposedly trying to be liked and could possibly be the reason why he was ridiculed for the movie. Personally, he seemed simply not be liked as well. Had personal marital problems, and some of the cast just thought of him poorly. He was accused by Ray Fisher for being abusive and unprofessional to THR, on the set

. He also was accused of threatening Gal Gadot’s career. These seem to be allegations, but it is safe to say some of the casts weren’t keen on him.

In 2020, while talking to the Hollywood Reporter, Zack Snyder revealed that Warner Bros. had invested another $20 million to allow the director to finish his cut, which was to bring in the elements and characters he originally wanted. But how did this happen? Why did the studio decide to reinvest into a campaign they ultimately thought was wrong to begin with?

The same fanbase that ripped him for Batman vs. Superman was the same fanbase that petitioned and rallied behind him to get Warner Bros. Studios to see through the Zack Snyders Justice League director’s cut. After watching what Whedon put out, the fanbase knew that Snyder’s was entirely different and something they wanted to see, especially when the makings of the movie were already there. With a growing petition that reached 179,077 signatures, and the widespread social media presence known as #ReleaseTheSnyderCut movement (the lengths these fans went to –> 2018 reached out to executives at AT&T following the merger between the company and Warner; June 2019 reached out to the new Warner Bros. CEO), it was hard for the studio to ignore what was staring them right in the face. Ultimately, the release would go online through HBO MAX in installments which was helpful for Warner because all the money would directly go to them.

In 2020, the studio provided Zack Snyder with the backing to finish his original cut that would only use the film he shot during the time he was directing, plus the additional footage from cast members Cavill and Affleck, who came back to shoot.

One thing that Snyder made abundantly clear though about his footage that he shot after he left was,

“There is no chance on Earth that I will use a shot that was made after I left the movie. I would set it on fire before I use a single frame that I did not photograph. That is a f****** hard fact … I would literally blow that f****** thing up.”

He also let the fans know that Snyder’s cut would be an “entirely new” take on the Justice League. In March of 2021, Snyder’s cut was released. After the release, fans paid their respects to the work that ended up costing $70 million dollars to finish. Not to long thereafter, #RestoretheSnyderVerse started trending across social media in a manner of respect in hopes of Zack Snyder getting the thumbs up to finish the entirety of the five-film arc he originally set out to create with Justice League 2 and Justice League 3. 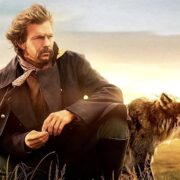