Fact: Jon Stewart went to school at the College of William and Mary where he majored in chemistry. Before graduating William and Mary, Stewart switched his major to Psychology.

Jonathan Stewart got his feet wet into the scientific life through his father (which could be a gross overstatement) who was a professor of physics at The College of New Jersey and Thomas Edison State College, while his mother was an educational consultant and teacher (a little bio). Stewart would recall his educational experience of one “My college career was waking up late, memorizing someone elses notes, doing bong hits, and going to soccer practice.”

Although there really isn’t much information on Stewart and his illustrious career in both hard and soft science, it is without shock that he got his analytical and questioning ability from his parents whom shared a unique ability to understand what questions to form and how to feed one into the other. Jon would receive a B.A. in Psychology from William and Mary in 1984, which he would use in his everyday life to understand social cohesion, clustering, and human dynamics and personality. He realized how to connect with multifaceted personalities which made him a television threat. Many people are intimidated by him because he has an uncanny ability to see through the individual and get to the core of an issue and problem. People that aren’t open about themselves nor the issues they are deep within will tend to find people like Stewart threatening.

Psychology is a very powerful tool in a media frenzy world. Being able to understand the conglomerate webs that are built and maintained in the film industry, more importantly, capturing a very dynamic and ever changing audience (making the very fast connections as to what feeds the public) made Stewart successful. His illustrious college career in Psychology would help him dissect various personalities on the hit tv series the daily show with Jon Stewart. 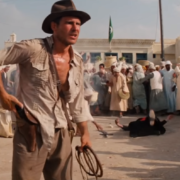