Fact: True Detective Matthew McConaughey created an in-depth analysis called, “Four Stages of Rustin Cohle,” to study the evolution of his character over the course of the story.

There is no shock that HBO received the largest 1st episode viewership since 2001. With the likes of Woody Harrelson and Matthew McConaughey at the helm during the first season, the show received a whopping 11.2 million viewers during the True Detective release date. It would only be the third time the both of them had worked together. Additionally, True Detective Season 1 is one of the highest rated TV shows of all time despite the show not being for family audiences. 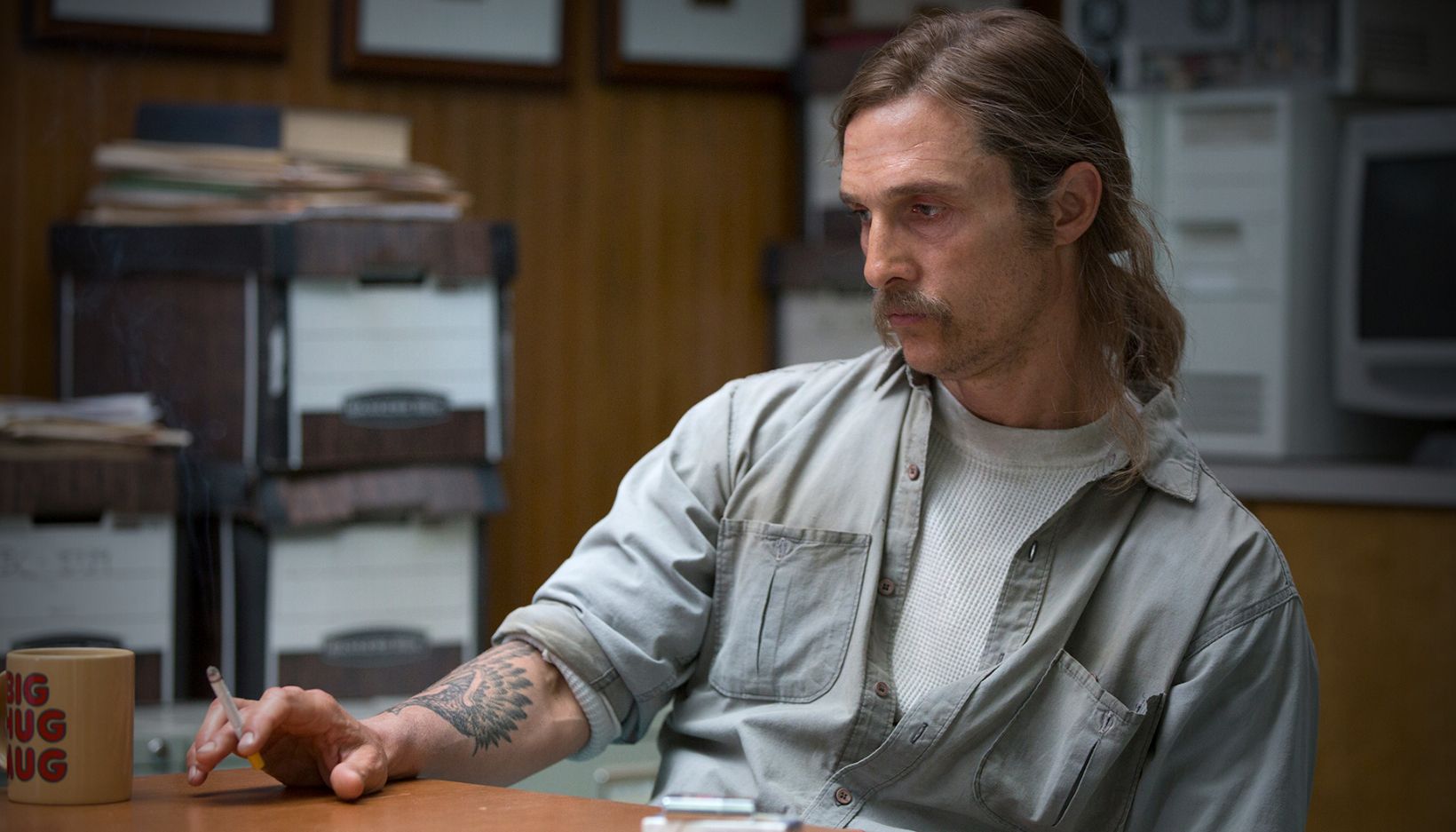 Matthew McConaughey puts so much effort into the role and mind of Rustin Cohle, an atheist. Just to elaborate a little, McConaughey created a 450-page analysis of Rustin Cohle called, Four Stages of Rustin Cohle,” to study the character’s evolution throughout the course of the story. It was a singular attempt to understand the life and personality of his character. That is an incredible depth of analysis. Additionally, McConaughey reveals to Rolling Stone that there are actually three Cohles we see in years 1995, 2002, and 2012 flashbacks of the show.

The 1995 Cohle is someone who is avoiding interaction with others because he’s “trying to hold it together and is trying to rely on the murder case (to actually survive). By 2012, Cohle has “lived longer than he hoped” after having to “endure the existence of this s—storm called life”.

One of the best scenes the both of them got to shoot was the fight in the parking lot shown below.