Fact: Originally, the idea for the show was supposed to focus on four characters with Phoebe and Chandler on Friends to have supporting roles.

Chandler on Friends was not actually supposed to be in the main character cast of friends. The original main characters included Ross, Rachel, Joey, and Monica, with Chandler and Phoebe having supporting roles. The reason for the changes is because Matthew Perry and Lisa Kudrow were able to charm the producers using their comedic relief. During the audition for the part of Chandler, Jon Favreau almost took the part and seemed to be the favorite until Matthew Perry auditioned soon after. Favreau did end up coming in as Monica’s boyfriends for a few episodes. 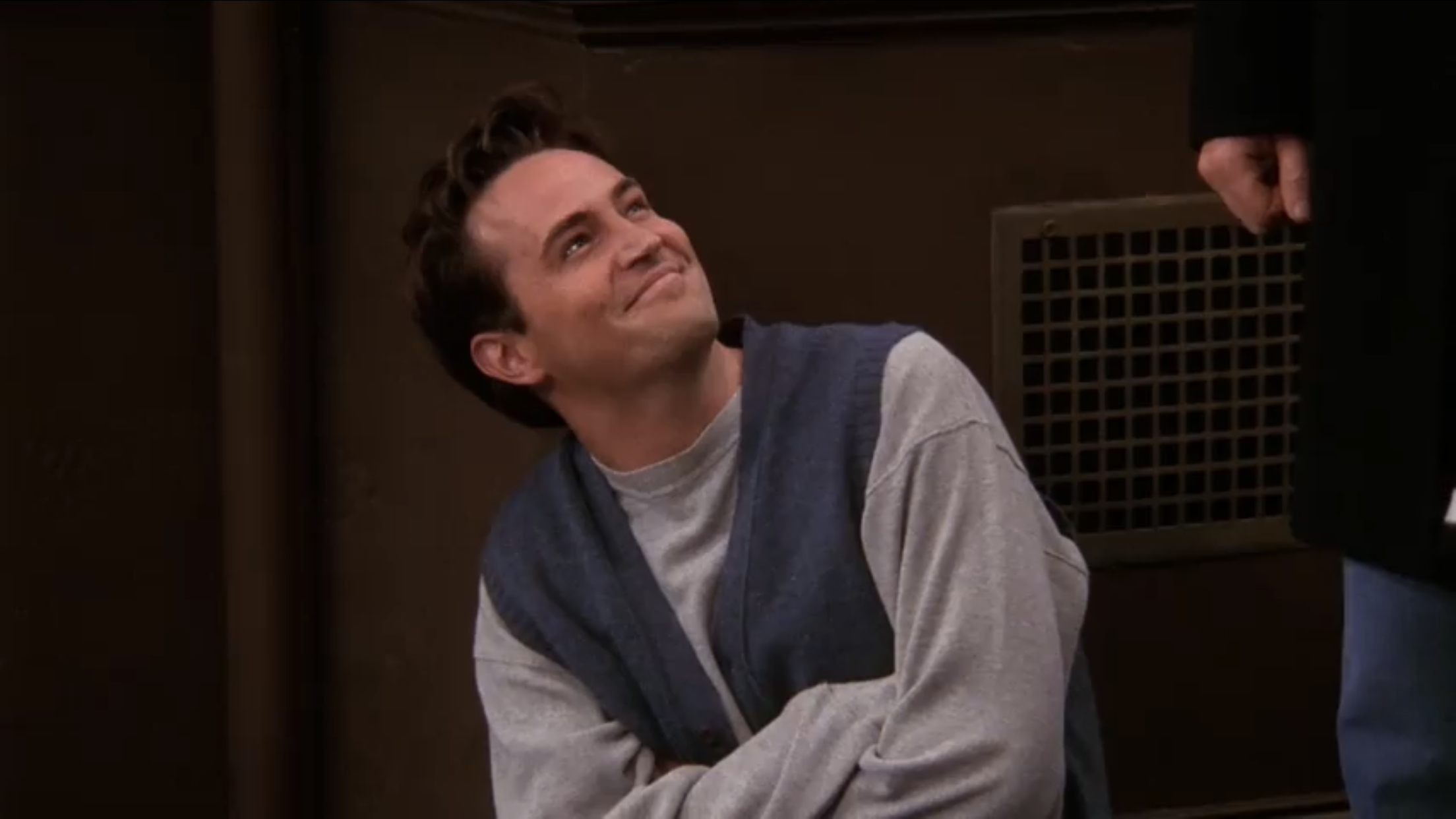 In the early stages of the television show, the creators toyed with the idea that Chandler would be gay, but after meeting Matthew Perry they changed their minds. However, they did insert many jokes about Chandler having gay mannerisms (not knowing about sports, loving show tunes, and more). Furthermore, before the show was cast, the initial love interest was intended for Monica and Joey.

No cast member in ‘Friends’ ever made more money than the other. They all started out making $22,500 an episode and ended up making $1,000,000 an episode. Furthermore, Matt LeBlanc, who plays Joey, only had $11 to his name when auditioning for his role. When the group got their first pay checks, Courtney Cox bought a car while Matt LeBlanc bought a hot dinner.

Matt LeBlanc admitted in the exit interview for the book ‘Friends… Til the End’, that he had a small crush on Jennifer Aniston who plays Rachel. He stated, “Now I had a little crush on Jen in the very beginning, but I think the whole world did too, so what are you going to do?”

Bruce Willis’s guest role on Friends was done for free when Bruce Willis lost a bet to Matthew Perry during the shooting of the movie, “The Whole Nine Yards.”

Lastly, in the last few months of the show, Courtney Cox became pregnant. Seeing that Monica wasn’t supposed to be able to have children, they covered her up in baggy clothing while shooting the show so no one could tell.