Fact: Tom Hanks was born into a Catholic and Mormon family. For the early part of his teens, he walked around thumping the Bible as an evangelical. And for the first decade of live it was Tom Hanks religion.

Tom Hanks religious beliefs are as diverse as characters he has played in film. Early on in his life, he identified as Catholic, while latter he sided mainly with the Greek-Orthodox. His stepmother was Mormon, and he lived with his aunt whom was ultra Methodist. For years Hanks went to Wednesday-night Bible studies with his church group. To most, Tom Hanks was a very proper child growing up. He quoted himself as being “Terribly shy.” He was a quiet child but most of his reservation vanished with in class one liners during filmstrips. As Hanks became more theatrically inclined, he would drive himself to the theater and watch the programs alone and absorb the play completely.

From the introverted classroom to classical theater and even into movies, Tom Hanks has been through roller coasters. Many do not know that one of his sons (Chester Marlon) had a minor role as a student in the movie, “Indiana Jones and the Kingdom of the Crystal Skull.” In 2006, one of his most beloved films, he became an honorary recipient to the United States Army Rangers for his portrayal of a Captain in the movie, “Saving Private Ryan.” 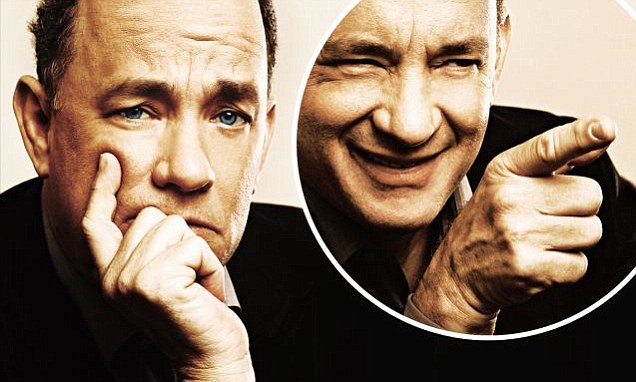 Hanks is a major political force making his voice known about his views. Using his star power, Tom Hanks raised over $44 million dollars to defeat “proposition 8” in California. He criticized–The Church of Jesus Christ of Latter Day Saints (Mormons), who were a main driving force behind it, both politically and monetarily. He is an enormous environmental friendly fighter. He has helped raise and invest millions of dollars for the research and production of electric cars. In 2008, he endorsed his Presidential nomination for Barack Obama.

If you would have told me a few years ago that ‘don’t ask, don’t tell’ would be repealed and about a billion jobs at General Motors and Chrysler would have been saved because the president was smart enough and strong enough and bold enough to do so, I would have said, ‘Wow. That’s a good president, I think I’ll vote for him again.’