For the fans of the hit television series on HBO produceed by Lisa Joy, Westworld is a western science fiction-based television series based on an artificial intelligent computer micro-universe where its users can interact and act out their deepest fantasies which normally, they could not in real life.

The kicker is that one of the programmers of these AI simulative hosts created special code based on psychological and philosophical constructs that make humans aware and conscious by forcing the hosts to dream their pasts over and over again (created glitches in their code), in order to perhaps make them conscience.

Armistice is a female outlaw gunslinger apart of Hector Escaton’s group of bandits. She has a visible tattoo that marks her face and travels the length of her torso and onto her upper thigh. The red ink of the tattoo on her face marks the blood of those who massacred her village as a child. One area of her body remains un-inked, and that is for the last remaining person associated with the massacre of her village.

One of the westworld characters, gunslinger Armistice, played by Ingrid Bolso, is based loosely on a very real woman that went by the name of Olive Oatman (can be seen in the image below). 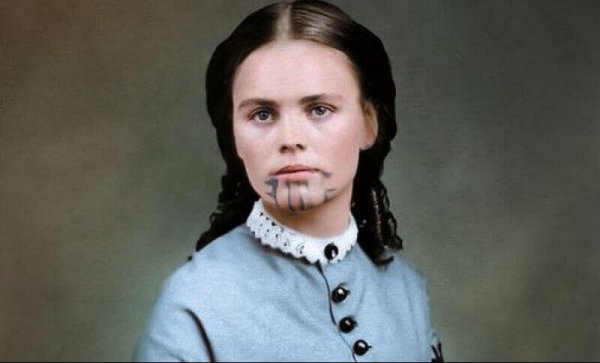 Olive Oatman was born in Illinois in 1837. In 1851, her family was tragically killed outside present-day Arizona by a Native American tribe that went by the name of ‘Tolkepayas.’ Her and her sister became enslaved by the people and later sold to the Mohave people. Not to long after, her sister passed away from hunger and later, Olive was released back into white society 5 years after being enslaved.

In her former years, the tale of Olive was retold with “dramatic license” to the press, which can also be found in her very own “memoir” and speeches, novels, plays, movies, and poetry. The tattoo etched onto her chin was given to her during the time she spent with the Mohave people.

In the abduction and captivity of Olive, the Native American people took belongings including the tobacco that had on them. The girls were used for menial tasks including foraging for food, lug water and firewood, and often beaten and raped. 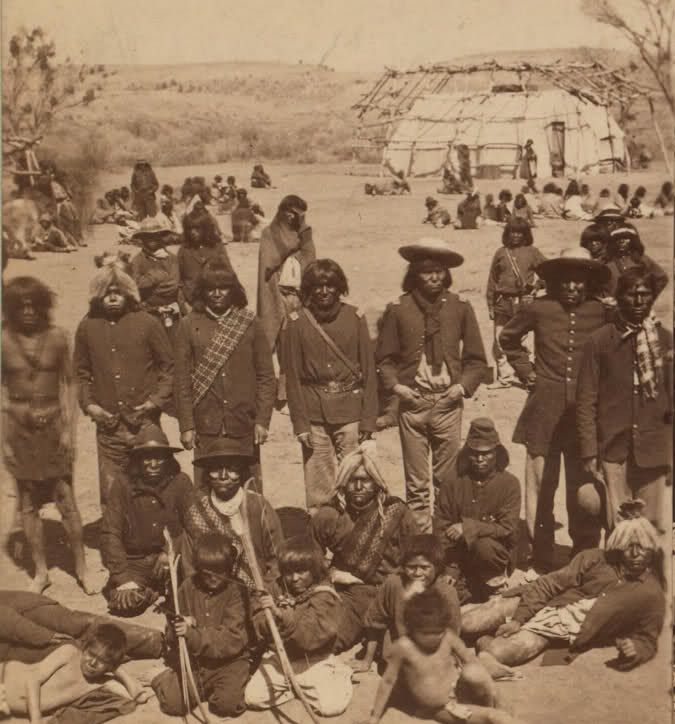 When the Mohave people arrived, they came to the village in Aguila, Arizona and traded two horses, vegetables, blankets, and other trinkets for the two girls. After walking for days through the Colorado River, the girls were taken in by the tribal leader and were looked after.

During the time Olive stayed with the Mohave people, they were tattooed or ‘marked’ on the chin and arms, which was custom for those who were tribal members. In Olive’s memoir, she spins a different story that she was tattooed to mark her as a slave of the Mohave people. Which is inconsistent with the tribes tradition.

In the case of the death of her sister, the Mohave people were known to experience heavy drought in the region. It was here that her younger sister would perish of starvation in 1855-1856, at the age of 10 or 11. 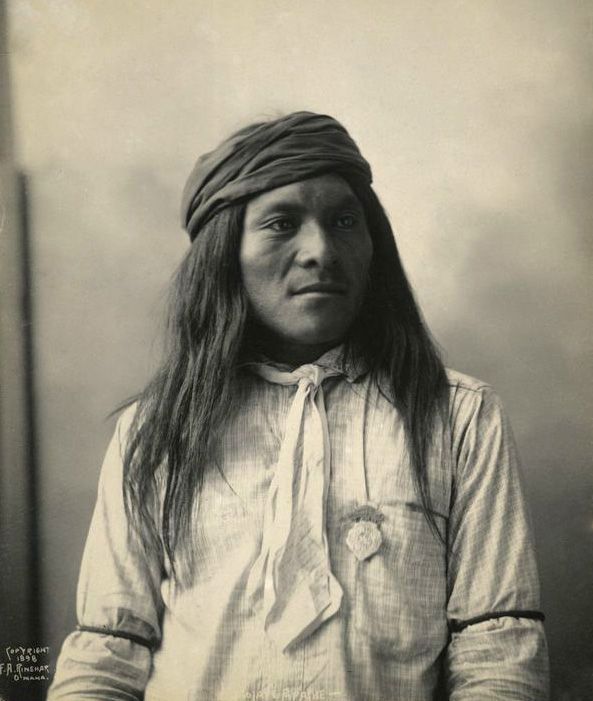 Not to long later, at the age of 19, a Yuma Indian messenger by the name of Francisco arrived at the village with a message from the authorities at Fort Yuma. Rumors had circulated that a white woman was living with the Mohave. The Mohave people first denied it and even went as far to say she wasn’t even white. After some persuading, and persistence, they agreed to the terms with great hesitation.

The Mohave people came to love her so much that even the tribal elder’s daughter, Topeka, traveled the 20-day journey to make it back to the fort. She was given proper clothing by the army officers wife and reunited with her brother Lorenzo, which made headline news.

Her nickname, Spantsa (“rotten women”), implied she was sexually active. Eventually, she settled down with a cattleman John B. Fairchild and passed away from a heart attack at the age of 65 in 1903. She is buried in West Hill Cemetery in Sherman, Texas.