Fact: A Kyoto University study found that a dog was less likely to accept treats from individuals that were mean to their masters. Aggression in dogs can be on part of bad people.

Published in the journal of Animal Behavior, dogs were found to turn their noses up at food offers from people who were mean to their masters. This was statistically different to “control or neutral” individuals who came up to the dog. One of the researchers, Kazou Fujita said, “We discovered for the first time that dogs make social and emotional evaluations of people regardless of their direct interest.” This is one of the key factors in building highly collaborative societies.

The experiment involved three groups of 18 dogs, where scientists tested how they react to role play situations involving their owners requiring help to open a box. In every group, the owner of the dog was joined by two complete strangers. The owner walked into the room actively requested the help of a stranger to open a box, to which this unfamiliar person actively refused. 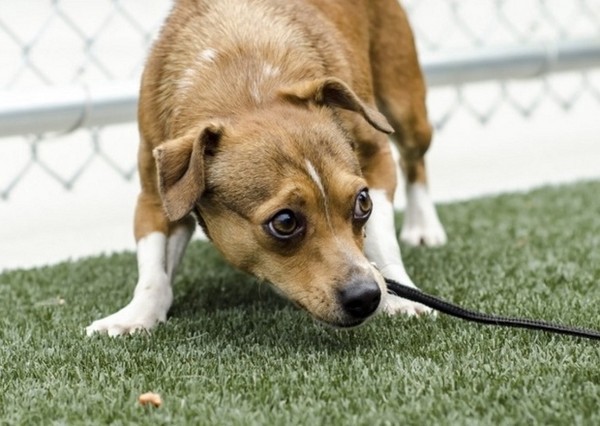 In group two, the owner asked for help and received it, while in group three both of the strangers remained neutral. After each scenario occurred, the stranger would offer the reactivity dog a treat. It was very apparent that dogs that observed their masters being actively ignored and shutdown, would not accept a treat versus the strangers that were impartial or neutral, to which the dogs would. This would be statistically confirmed.

This ability is quite rare in the animal kingdom and is only seen in children usually over the age of 3.

Also, with strangers in their territory, you tend to see more resource guarding tendencies especially if they are former street dogs. With a little resource guarding training, your loving pet can easily change that habit. Let us know your thoughts in the comments as we would love to hear them.