Fact: The original name of the movie was supposed to be “Shoeless Joe” instead of Field of Dreams 1989.

Field of Dreams 1989 cast included Kevin Costner, Ray Liotta, and James Earl Jones. The movie made famous a couple iconic phrases ‘if you build it they will come’ and ‘build it and they will come’. The movie is about an Iowa born corn farmer that starts hearing voices commanding him to build a baseball diamond in his backyard. After Ray Kinsella (played by Kevin Costner) does so, the Chicago White Sox show up including ‘Shoeless’ Joe Jackson (played by Ray Liotta).

Originally, the part of ‘Shoeless’ Joe Jackson was given to Tom Hanks. He would eventually turn it down. Additionally, the line Ray Liotta’s character states about Ty Cobb, “None of us could stand the son of a bitch when he was alive, so, we told him to stick it” was really false. The two of them were actually really close in real life.

After the movie was completed, test audiences were in unanimous decision that they did not like the name “Shoeless Joe.” To them it represented a hobo or bum. Universal called the director and screenwriter telling him the name didn’t work. They would end up changing the name to “Field of Dreams,” which was much closer to the name of the book written by W.P. Kinsella, “Dream Field.” W.P. Kinsella didn’t seem to mind the change because ‘Shoeless Joe’ was the name the publishing company gave it. 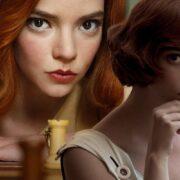