Fact: The character Clooney played was a little ridiculous to say the least in gravity film. He was a space cowboy which would never happen. But made for great plotted movie.

It was a little funny that the astronauts didn’t know one another in the movie at the beginning. That seemed to be odd. Astronauts spend months together learning about one another during their training. Something that we thought you might want to know. 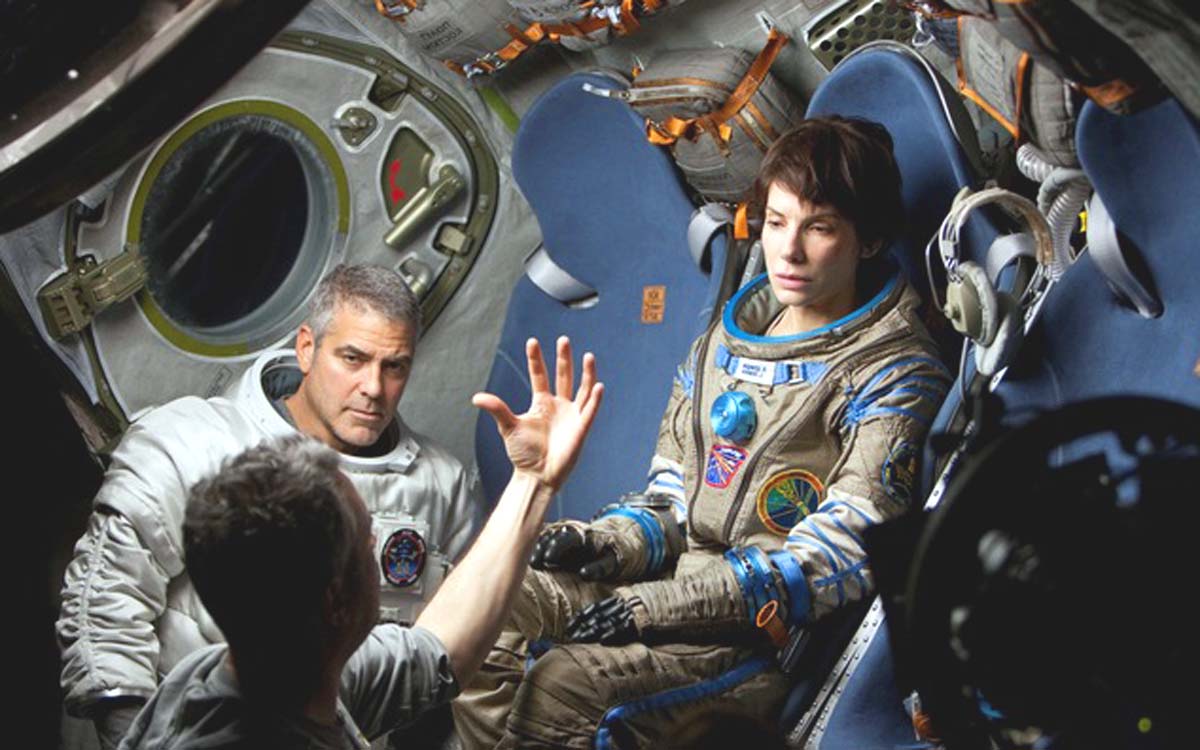 Sandra Bullock Gravity character is screwed from the very beginning of the movie like gravity. After getting tossed like a salad, she shoots off into space in the gravity 2013 film. It takes something like 5-10 minutes for George Clooney to find her, by then the rate and speed she is traveling, there would be no way for them to make it back or for George Clooney’s character to even catch her.

In addition, there is no easy way to get to the ISS from the hubble, especially using a jet pack. And any impact that is taken in zero gravity would pretty much kill you on impact.

In space, tears do not float and the 90 minute rule for debris to move around the earth isn’t all that inaccurate.

Below is the thriller/science fiction movie trailer. I hoped you liked the review and some of the spoilers about space. Although a lot is unrealistic, the movie was phenomenally put together.