Portions of Keanu’s movie paychecks from movies like Matrix and John Wick find their way in random acts of kindness to either helping others out or providing private funds to well known charities. Regardless of your internal interpretation of Keanu Charles Reeves as an actor, he is most definitely one of the kindest spirited, warm hearted and down-to-earth human beings currently in the celebrity spotlight. He is an Canadian actor (born in Beirut, Lebanon; lived in Australia and New York) who has played characters in such movie thrillers as Speed, Bill & Ted’s Excellent Adventures, Point Break, The Replacements, The Matrix, and more recently, 47 Ronin and John Wick.

The back story to Keanu Reeves life is important to understanding the nature of his philanthropic and simplistic lifestyle. In a brief 2014 video interview with Sentidos 7, Reeves attributed his well-mannered nature to his upbringing, where the support was provided. While his biological father abandoned him and his family at the age of three, it didn’t stand in the way of him being parentally mentored down the right path. But that didn’t mean a scar wasn’t still raw. One of the ways he verbalized his indifference towards his own pain was through his own adage,

While a very active teenager and hockey (goalie) prodigy, young Keanu Reeves seemed to maintain a somewhat shy and simple lifestyle. Throughout his life, even prior to his Hollywood stardom, he always kept a very humble and respectful, true humanistic demeanor towards others. While over the course of the past few years, he has voiced areas of humanity he disdains, and pursued a part of human nature most reflect but never live. He lives a more self-aware lifestyle where the ‘golden rule’ aptly applies to him and towards the treatment of others (simple acts such as standing so someone can sit); and is something he has maintained throughout his life to this day. But there is no mistaking the fact that Reeves has lived a very harsh life filled with sorrow, regret, and pity. Over the course of his acting life, these issues have manifested in various cinematic and theatrical roles such as Shakespeare, Siddhartha and The Man of Tai Chi, which have helped him cope, and more so kind of create a rebirth.

While monetary contributions to charities and other ventures is humbling, it is Keanu Reeves actions that speak the loudest and count more in substance. He has never publicly shamed or put someone down at any time in conversation. It’s his personal actions toward the treatment of others that extend and amplify why so many gravitate towards him. In 2011, Reeves was spotted making a nice little gesture on the New York subway when he rose offering his seat to a lady standing beside him. An onlooker on the rail line reportedly said,

“It was a very nice and considerate thing for him to do, and he didn’t have to do it.”

He isn’t one of those celebrities that lives by the mantra,

In a recent article written by Corrina Allen for the website The Loop, Reeves was at a wrap party for his latest movie, Daughter of God, when he stood out in the rain in line like everyone else, when he wasn’t recognized by the bouncers. In that same night, he returned a fellow partygoer’s credit card after he found it lying on the ground.

Corrina Allen, a past assistant prop designer, remembers a time in the 90s while on the set of Chain Reaction, Reeves treated the stagehands to free breakfast and lunch, including herself. She states that in the last couple weeks of shooting, everyday Keanu Reeves treated them to food. In her 30 other sets she has worked on, she has never met a nicer actor as generous as him.

Also, he has reportedly helped individuals stranded after their cars broke down. One redditor recalled,

“She had no cell phone and no way to call for help. Then a nice black Porsche pulls over and as you can guess, it was Keanu. He tried to help her jump-start the car and when it didn’t work, he called AAA for her. When they towed her car, he offered her to drive her home, which she accepted. He drove about 50 miles out of his destination just to drive her home. She told me she hoped he would hit on her but he didn’t, he was just a gentleman.”

While there are numerous other stories of Keanu Reeves endearment towards his fellow man, there is one thing in common, not one person has something bad to say about Reeves. After hundreds of articles read, it’s clear that Reeves is above all, a nice guy. But his random acts of kindness aren’t just limited to personal acts of generosity.

In 2003, after the two Matrix sequels, Reeves bought each one of his stuntmen a Harley-Davidson motorcycle for the phenomenal work, time, and commitment (physically and mentally) to making the film what it was. These stunt men had to take beatings. The 5 ½ minute defining scene in The Matrix Reloaded meant almost-daily beatings for seven brutal weeks. This meant accumulation of bruises, blood, and regular ice baths to numb the pain. When Reeves wouldn’t just do a single take,

He was so impressed with each one of their persistence.

“We were all in this thing, and we were training together beforehand,” Reeves said. “I just wanted … to give a bigger thank-you to all these guys who helped me make this, I think, one of the great movie fights in the history of cinema.”

While this was a serious act of kindness, it wasn’t the only time. After hearing one of the set crew members was having trouble providing and paying for his family, Keanu reportedly gave a $20,000 Christmas bonus:

“A family friend builds movie sets, doesn’t design, is one of the poor dudes that just builds. Anyways he worked on the set for the Matrix and Keanu heard about family trouble he was having and gave him a $20,000 Christmas bonus to help him out. He also was one of the only people on the set that genuinely wanted to know people’s names, would say hello and mean it, and would talk to people as they were his peers and not below him just because they were practically making nothing to build a set. I’ve never heard anyone say Keanu is douche, seems like the nicest person in Hollywood from a secondhand experience.”

In a 2003 interview with Hello! Magazine, Reeves responded to his monetary success with,

“Money is the last thing I think about. I could live on what I have already made for the next few centuries.“

Keanu Reeves idea of wealth and its significance materializes in 1997’s The Devil’s Advocate and 2000’s The Replacements, where Reeves took several millions pay cut to make Al Pacino’s (deferred $2 Million of his salary) and Gene Hackman’s (upwards of 90% cut) deal available, respectively. In 1997, Keanu Reeves turned down an $11 Million role in the Speed movie sequel, and the 1995 movie The Heat, with actors Robert De Niro and Al Pacino to play a small production of Shakepeare’s “Hamlet.”

One of the biggest monetary acts of kindness by Keanu Reeves is something out of legend. During The Matrix series, Reeves was ‘supposedly’ estimated to hand over a jaw dropping $80 Million to the cast, crew, and stunt performers. An act in itself that is humbling. In recent and past articles, most sources have seemed to under-report just how much Reeves benefited from this film, making it seem that Keanu Charles Reeves essentially handed over the majority of his wealth for the cast and crew. While this is not the case, the mere acknowledgement and recognition of the teams hard work to make that movie what it is today, was heart-warming to say the least. While this story would be unbelievable if true, the simple fact is, it is mainly a fabrication. After this story broke, some of the cast and crew were asked about this type of philanthropy, which was immediately discarded, and was said to be a complete hoax. Wikipedia and Matrix Resolutions reported that the wealth that initially was enacted for the cast and crew was really removed from Reeves back-end deal for fear the M2 box office profits wouldn’t cover special effects. Whether this action of philanthropy took place or not really is irrelevant because it doesn’t change the type of person he is.

Not only has he shared his wealth with those that have helped create his success, he has also shared his wealth with various charities including: Angelwear, City of Hope, Coach Art, Entertainment Inustry Foundation, PETA, Racing for Kids, SickKids Foundation, Stand Up To Cancer, Wildlife Waystation, Spinal Cord Opportunities for Rehabilitation, and more. During the years his sister Kim was ill due to the effects of Leukemia, he reportedly spent $5 Million on her treatment and was by her side all the time.

Additionally, Reeves has reportedly set up a private cancer foundation to help a handful of children’s hospitals and cancer research, which might be noted in the list above. He donated his autographed Talent Pass from 2006 MTV Movie Awards to the Bid 2 Beat AIDS auction benefitting LIFEbeat. Additionally, he donated art to Coachart and made a donation to Brad Pitt’s Make it Right project. While there is acknowledgement that he has supported and donated money to various organizations, it’s imperative to note that he provides money where needed and never accepts taking credit. 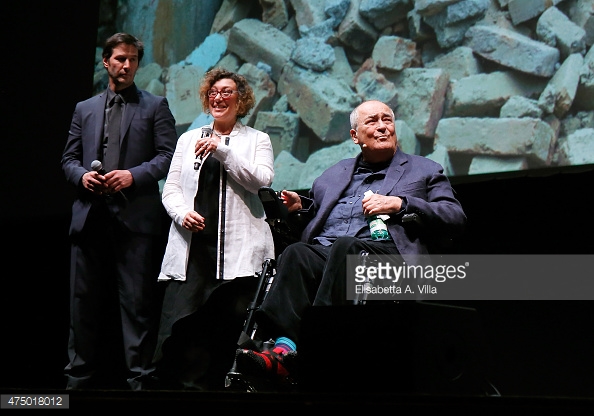 The point of this story is to illuminate the simple FACT Keanu Reeves is an above average human being, and even more, a stellar example for the celebrity community.